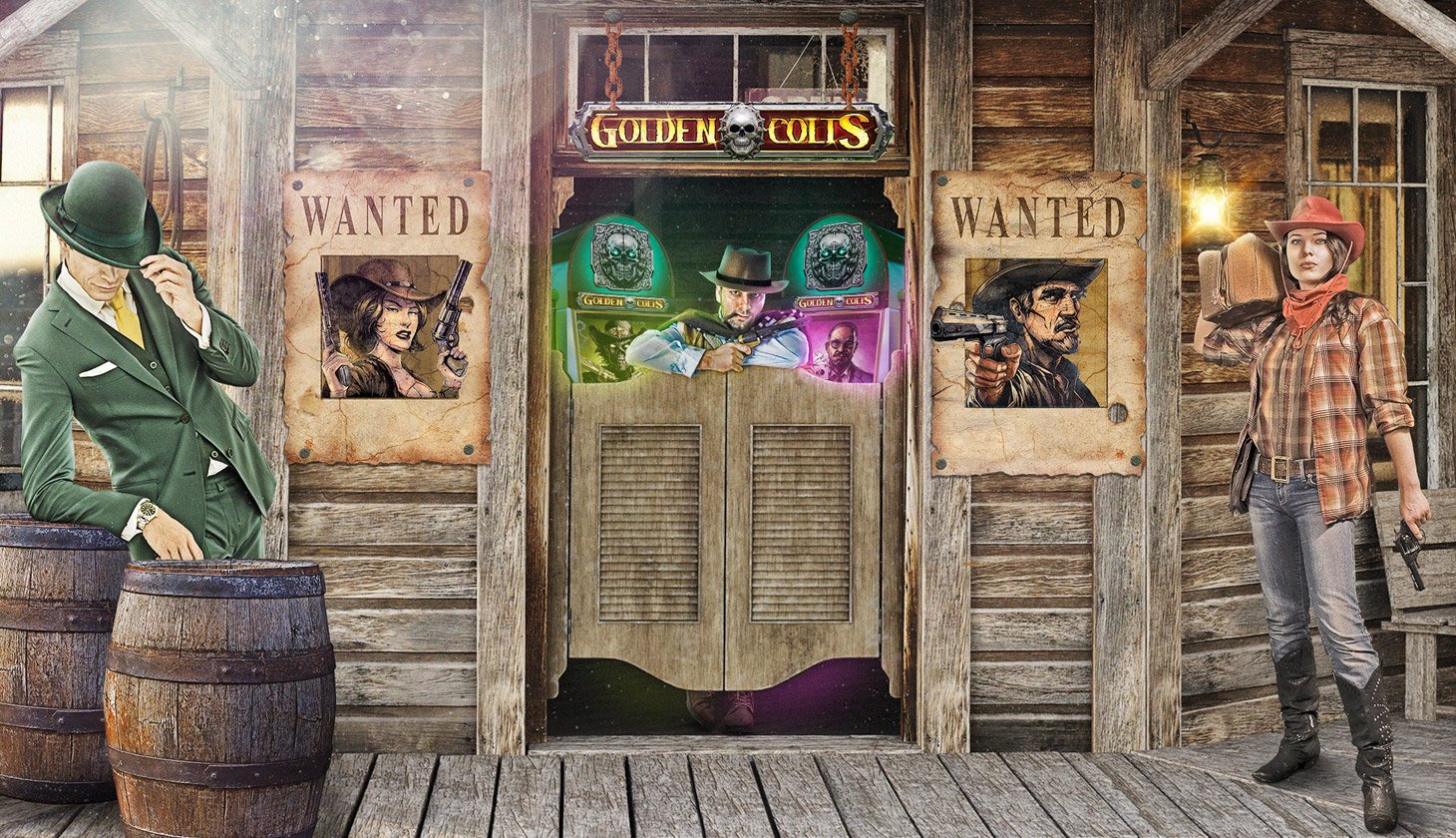 Back in February Mr Green pulled the trigger on releasing yet another exclusive slot game – ‘Golden Colts’. Exclusively available at Mr Green’s Online Casino for an ENTIRE year, players get to enjoy the thrilling Wild Wild West features of ‘Golden Colts’ before anyone else!

Since the Golden Colts release, over 23,000 individual Mr Green players have played over 7,200,000 rounds and one lucky player won over €53,000 already, which begs the question, have you tried it yet?

Developed in collaboration with award-winning game provider Play ‘N Go, I sat down with game producer Deane to better understand how he turned Mr Green’s vision to create a unique slot game into reality.

Golden Colts was born out of an interesting conversation between the Mr Green Casino team and Play ‘N Go where they were toying around with the idea of producing a series of darker themed slot games. So the idea for Golden Colts was there, but where do you begin? Developing a slot game sounds like a mammoth project!

The concept definitely had great potential however we really wanted to do something different as opposed to following a “normal” wild west theme. Once you know what you don’t want, the game production becomes somewhat easier. We stuck with that dark theme and continuously expanded on the theme, creating something unique that Mr Green’s players would enjoy.

In Golden Colts players need to join a team of bounty hunters to track down the dead sheriff. Who is responsible for the impressively dark storyline and what exactly inspired it?

Correct. Mr Green stakeholders knew what they wanted so our job was that much easier in interpreting their ideas and making it a reality – building on the initial concept and creating characters and storyline that fits the theme. Wanting a darker theme meant that we had many ideas but ultimately, we took inspiration from movies like Django, Westworld series and games like Red Dead Redemption!

At what stage did the designers pull their triggers in the Golden Colts project? What’s their creative process like when it comes to conceptualizing initial designs?

Naturally you have teams creating tumbleweed and standard cowboys when you think western. Our creative teams worked really hard at redefining the standard western theme to create a truly unique game. The actual creative process required multiple mood boards per character to really capture their personality when playing the game. A prime example is Leonardo Di Caprio or Django himself – they don’t need guns for you to know who they are.

You’ve really executed the Wild Wild West theme from A – Z, especially the way the Bonus Feature is unlocked is simply WILD!  The chamber spins on screen until a random Bonus Feature is revealed. How important are these little details to you?

My favourite part of the game! This is one aspect I really wanted to be awesome – I just love how the player travels forward with the bullet. Of course, we had other introductions but to get THE one, it had to be perfect. The details are always key – sometimes missed by the end user but we really try and polish every aspect of the game as its quality first at Play ’n GO. Golden Colts is packed with action! The slot features 7 different Bonus Features, how did you decide on mechanics?

Naturally, we take inspiration from other games and find what works best for the game. The game required a balance with features, so we created an opportunity for players to experience the features regularly, allowing Mr Green’s players to be captivated by the games’ 7 features. As a player, you will definitely find them valuable from the mega symbols to 30x multiplier in free spins.

The soundtrack definitely sets the mood of the game- who composed these terrifyingly wild tunes?  And How important is background music in your slots?

We have a reliable composer and together we constantly feedback on what the sound should be. This is such an important aspect of the game as with great sound, you help accentuate the visual aspects. Our sound has various levels which helps add to the game – as you enjoy the game more, you notice more sound effects, some more rewarding/subtle than others of course.

It was an exciting project within Play’nGO so we had “extra” resources assigned to this project. As we have teams worldwide, multiple teams were used to create the game. The game was in production for approximately 6 months. Are you planning on developing any other darker themed slot games similar to Golden Colts?

We are always looking at offering our customers fantastic games to enjoy. Keep an eye on Mr Green’s website or playngo.com for press releases.

Lastly, I just have to ask – what other Play ‘N Go slots can players look forward to in 2018?

Our latest release ‘Sweet Alchemy’ is expected to be a winner! As with ‘Sweet Alchemy’, “dust your hands off” because you might find our next release a “treat” – where players could “scoop” wins up to 5000x their bet in the feature! It’s going to “raise” the bar. No more clues. ???? The rest of 2018 has some truly great content lined up so keep an eye on Mr Green’s website or playngo.com for press releases.

Are you ready to take down the Sheriff in ‘Golden Colts? Play ‘Colden Colts’ either for free or real money exclusively at Mr Green’s Casino.